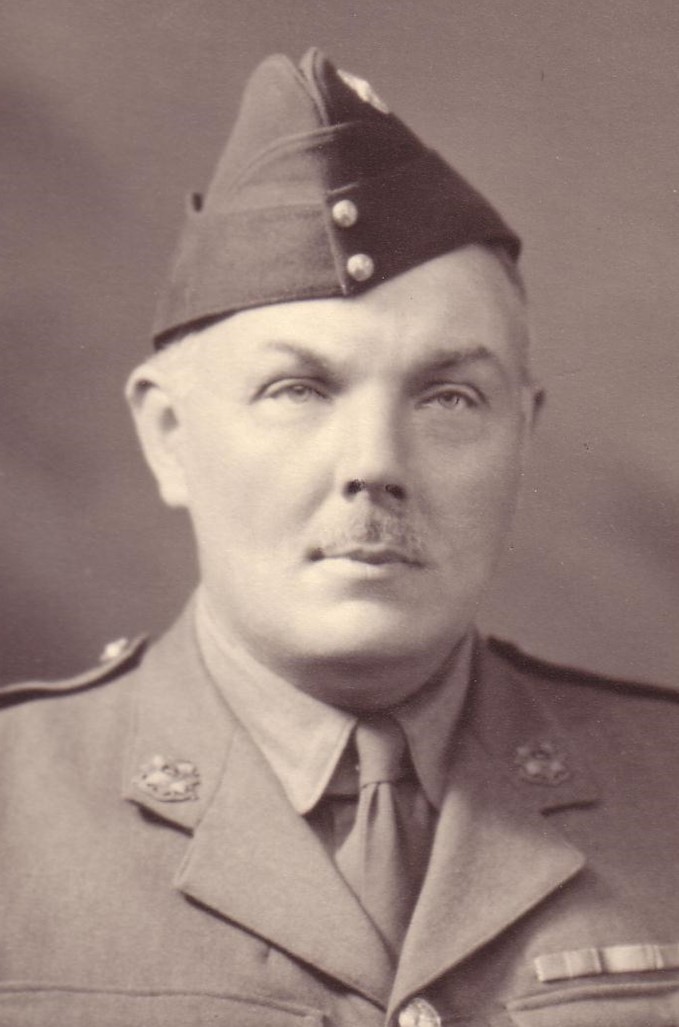 So Who was My Grandfather?

For most of you, you will have known your grandfather through your years growing up, but for myself, my grandfather, Frank Trevor Power,  died on Christmas Day 1947.  Indeed he died before any of my generation were born and his children where late teenagers.  As a result, my grandfather is a bit of mystery to my generation as superficially he left very little of this life, and my only surviving Aunt has only brief memories of her father.

I have structured this post into 3 separate sections, but as far as possible I will focus on events in the early part of the 20th century:

My great grandfather, Edward John Power, had six children, although one of these died in childhood.  The children were George, Arthur, Frank (my grandfather), Peter and Nancy.  Why Herbert Raphe was known as Peter has got lost over time, but that is how he was known in the family.  It makes family research confusing when looking through contemporary documents held within the family.

In 1901, the family were living at Gledhow Gardens, Earls Court, London.

From the census we can see they were relatively well off as only the two eldest brothers were away, probably at school and the family were able to employ two nurses to look after William and Peter, a cook and a housemaid.  Edward Power is listed as a corn and grain merchant, in reality he was managing the family firm “Power Brothers”.  “Power Brothers” was a grain importing business based in the City of London, focused on importing wheat from America.

I tried to locate the family in the 1911 census, but I can only find Harriet, Nancy and the servants living at home.

Today, 24 Glenhow Gardens is a multi-apartment block of flats round the back of Earls Court station. Clearly a prestigious address at the time as would have been befitting a corn broker working in the City of London.

My grandfather, Frank Trevor Power, got married in 1923 and they had five children who all survived into their 80s.

Studying the 1939 Register only provides very limited information on the family at the start of the Second World War, in that the family home was in Hatfield opposite the airfield.  However, only my grandmother is listed, so where were the other members:

There are not many pictures of my grandfather, but are lots of pictures of the oldest four siblings growing up between 1927 and 1935.  It appears they were mostly taken in the garden with nannies.

In conducting my research, I set out to find what more information I could find about my grandfather’s life.  At the start of my research, I had gathered the following anecdotes from my Dad and his siblings:

With this background, I was left with the following questions:

The most obvious approach to finding references to a person or business using the internet is to exploit the capabilities of search engines such as Google or Bing, as well as those linked newspaper archives.  However, there is a problem common names or terms.  For example:

There is a solution to this problem by using exact terms in your search expression.   You can specify an exact phrase by enclosing the phase in double-quotes.  For example:

The next aspect is to include additional terms in the search to further restrict the results:

Finally, there does come an element of wading through the list of results, but by using a mixture of exact terms or phrases, and individual words reduced the number of search results to a quality where there was no alternative other than to go through the individual matches.

Whilst certain search engines will bias the order of presenting results, it is important to note that with exact-term searches, the order of words matters.  Namely,  “Power, F.T.” is not the same as “F.T. Power”.

My final point concerning using the internet for research is that there are a lot of scanned newspapers available, particularly from USA.  They will often come up in the search results.  So rather than having to read newspapers to find details, I found that many times found references to my grandfather or great-grandfather in the search results.  This opened up unexpected sources of information that I would have never considered.

This said, I found the following sources useful in my research:

So What Has My Research Discovered?

One of my early facts I discovered was that he served in France in WW1 but was only eligible for the 1914-15 star metal.  The second fact was he received an MBE for military service at the end war in 1919.  This just added to the mystery.

In writing up the description of the life of Frank Trevor Power and the family company, Power Bros Ltd, I will cross reference the source material using footnotes.

One the aims in my research was to discover more about a family firm, Power Brothers, or “Power Bros Ltd”.  I have been unable to definitively find out when the company was formed, but it was probably formed in the late 1850s as a broking/trading business as to exploit the opportunities of the American Corn-belt and end of the American Civil War.

In the 1870s, it was being spearheaded by Edward Power in London with a sister company in New York, Power & Sons Ltd to look after the North American end of the trading business. In 1878, Edward Power was involved in setting up the London Corn Trade Association, LCTA1The London Corn Trade Association was one of several organisations across the county bringing together groups of brokers. Today, it has gone through several manifestations, and its work is now undertaken by the London Grain Futures Association, and the Grain and Feed Trade Association. which was formed to standardise corn trading contracts .  In the early days of the LCTA, they met at the offices of Power Bros at 118 Bishopsgate Within, City of London.

Edward Power was a director of the Baltic Exchange2Source – London Evening Standard – 10 June 1994 in London when it raised funds for the new Baltic Exchange building in 1903.  This building was located at 25 St Mary’s Axe and was blown up by the IRA on 10 April 1992.  Today it is the site of the Gerkin office block in the City of London.

In the 1900s Edward Power was made president of the LCTA.  I have not found at the actual dates, but there are references to him being a former-president in LCTA committee minutes following his death in 1916.

He is recorded as being born at 27 Penywern Road, Brompton, London SW with the family living at 8 Gledhow Gardens, South Kensington, London.  The entire area formed part of the Edwardes Estate in the Earls Court area in London. There was a lot of housing development going on in the area, and this could be the cause of the different addresses, or 27 Penywern Road could have been a nursing home.

According to Hazelwood School, Frank went to this preparatory school until 1903 when he left due to ill-health.  In September 1906, he went to Rugby School finishing in 1910.

He joined his father’s business, Power Bros Ltd, as a grain trader.  Prior to the outbreak of World War 1, he made at least two return trips from Liverpool to New York: the first trip lasted for 3 months and for the second trip I have been unable to find when he returned.

In 1913 he started a 7 year apprenticeship3Whilst the Merchant Taylors guild is one of 12 livery companies operating in the City of London, it lost its links to the tailoring industry in the 1690’s and by the Edwardian era was a social and charitable organisation. with the Merchant Taylor’s guild in the City of London.  According to their achieves he completed his apprenticeship on 2 March 1921 and was admitted as a Freeman despite the 4 years of World War I.   Being an apprentice did not involve any training and the guild could be viewed as business networking organisation.

On 24August 1914, Frank signed up and requested to join the Lincolnshire Regiment.  His signup papers, form M393, include a statement of moral character from a colonel in the Lincolnshire Regiment and a reference from Rugby School.  Given this background, he was made a 2nd (temp) Lieutenant and allocated to the General List4 The General List is a list of Officers not assigned to any particular regiment / battalion. In the 1914-18 war, Frank was initially assigned to the General List following his sign-up, and again when he was demobilised at the end of the war., before being allocated to the 9th Service Battalion of the York and Lancaster Regiment according to the Army List.

Prior to the start of World War I, the York and Lancaster Regiment consisted of just 5 battalions.  At the start of the war, they doubled the number of battalions adding 5 “service battalions”; subsequently, they added even more battalions, some of which were know as “Pals” Battalions.  In November 1914, the 9th battalion consisted of one Major (temporary updated to Lt-Colonel) plus 9 x 2nd Lieutenants (all on temporary commissions) and a Quarter-Master.  I have not explored the regimental archives, based on Doncaster, but I suspect there would have been other non-commissioned officers attached to battalion to handle the recruitment and training.  Over the next 10 months, the battalion expanded to an officer corps of 1 x Lt-Colonel, 3 x Majors, 6 x Captains (including Frank), 9 x Lieutenants, and 21 x 2nd Lieutenants.

Whilst it appears most of the men came from the Pontefract area, it is not clear whether the Officers had any family links to the area.  This must have created additional challenges during the training to achieve a unified and effective fighting force.

According to the battalion’s War Diaries5Link to the diaries of the 9th Battalion of the York and Lancaster Regiment available for download from the National Archives, on 27 August 1915 they marched from Quebec Barracks, Bordon to Liphook station to catch the train to Boulogne arriving at 23:30, before finally reaching a rest camp outside Boulogne at 02:00.  The next day, they caught a train to Audruicq before marching to billets at Nordausques arriving at 23:30.

As an aside, his brother, George, was already in northern France serving with the Royal Gloucester regiment as a Lieutenant. On 31 August 1915, he wrote to his wife asking “Has anybody heard anything of the worthy Captain Frank Power lately?  I wonder when his lordship is thinking of taking ship for Boulogne or some other spot on the coast of this bug infested land.  The 29th was his birthday and I had intended to write to the lad but failed ….. “.

The battalion’s diaries provide a daily summary of what happened for each day, for example on 11 September 1915, two companies were in the trenches at Armentiers whilst two were in billets at Steenwerck.  On 15 September, the diaries note an aeroplane flight took place above Steenwerck with the German plane shot down.

Between 11 – 17 October, the Battalion was in divisional reserve at Estaires which was approx 14km from the trenches, so it is not a case that troops spent all the time in the trenches, although this might be the impression you might have gained.

Reading the diaries, the impression gained is that troops would spend two days in the trenches followed by 2 days rest in the billets, swapping positions at night.  The battalion would also swap front-line duties with troops from the 8th Kings Own Yorkshire Light Infantry, 2nd Lincoln, 2nd Scottish Rifles, and 8th Middlesex Territorial Force.  The other aspect the diaries reveal was battalions were continuously switching assigned sections of the trench network which must have been disorientating.

In between training, rest in the billets and manning the trench network, the actual trench network was constructed.  There was one notable entry I found in the diary for 22 May 1916.

300 men and 7 Officers of the battalion went on a working party, digging a new communication trench.  Report to the HQ 70th Brigade:

I have calculated that the spoil would have filled 20-25 large 8-wheeler trunks used in today’s construction industry.

So Who was My Grandfather? was last modified: March 18th, 2021 by Dave Power